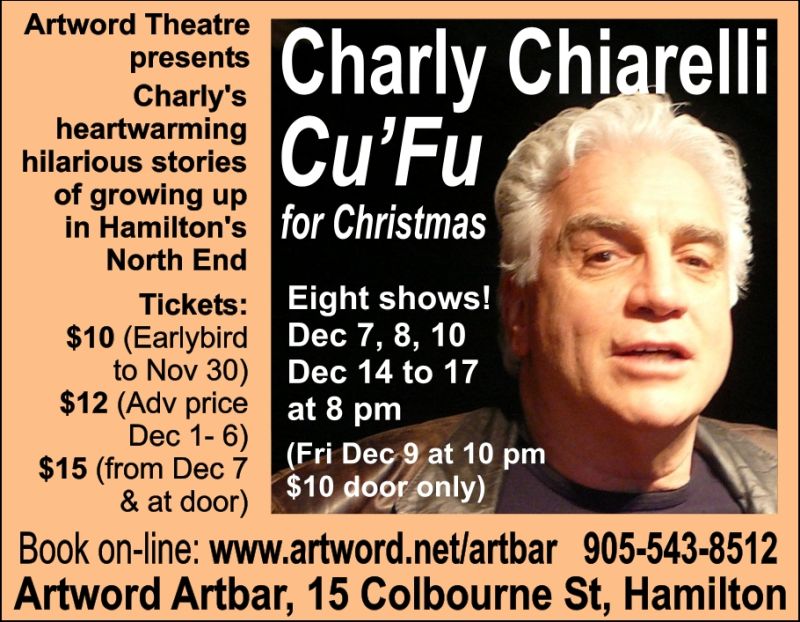 Dec 7 to 17, 2011. Have a Cu’Fu Christmas with Charly Chiarelli. Calogero (Charly) Chiarelli is coming back to Hamilton, with a Christmas cabaret version of his international theatrical hit Cu’Fu (So Who Did It?), about growing up Sicilian in Hamilton’s North End. You’ll laugh, you’ll cry, you’ll love it. Directed by Ronald Weihs and produced […]

Behind the Kiln, 15 episodes of dance, music and visual improvisations, from January 28 2010 to April 13 2012
What is Behind the Kiln? A project by Tanis Macarthur (dancer/choreographer) and Judith Sandiford (designer/live image improvisor), for on-going occasional evenings of improvised collaborations by dancers, musicians and a V-jay mixer. The idea is to pair up at least one […] 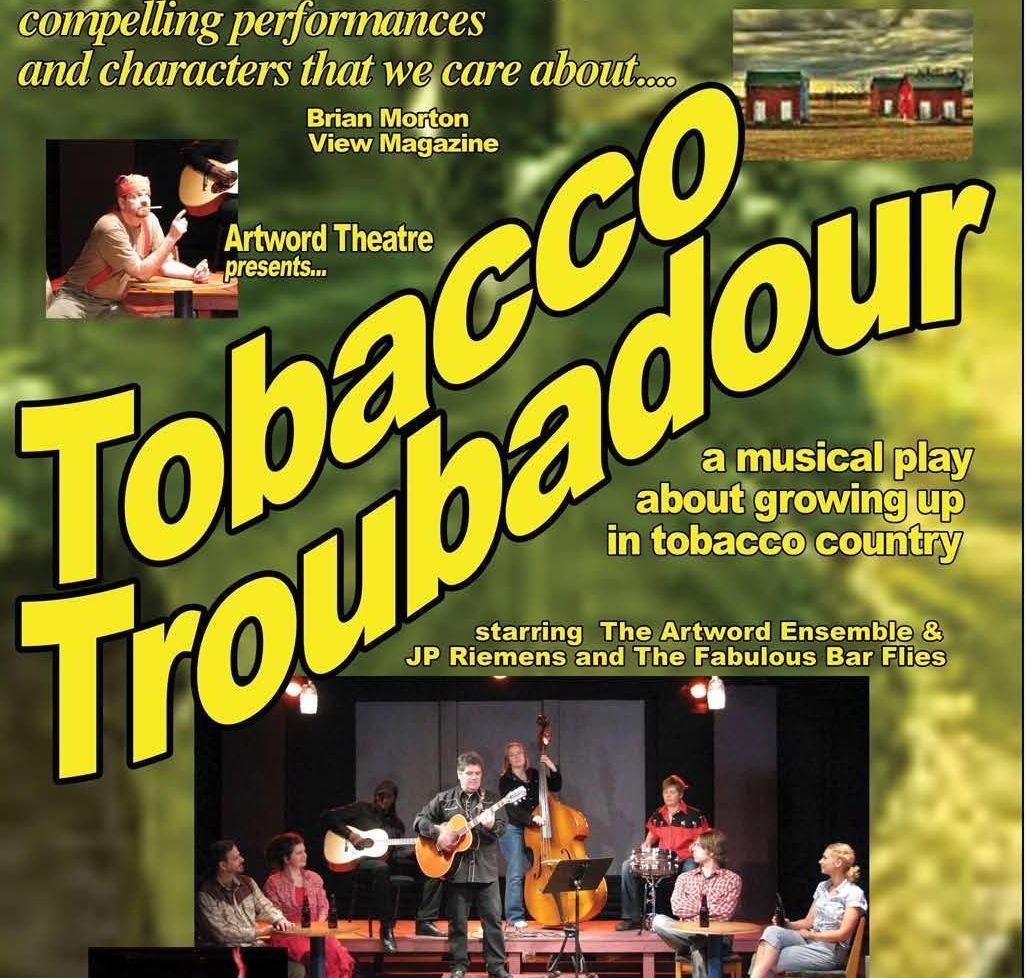 Tobacco Troubadour, a new play with music about growing up in tobacco country and its lively dance hall scene, is the fourth show in Artword’s 2008-09 season at The Pearl Company, April 15-26, 2009.
The show is based on the songs of J.P. Riemens, with script and direction by Ronald Weihs, design by Judith Sandiford. Performed by the […] 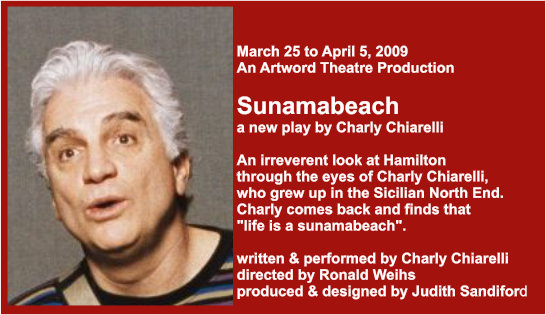 March 25 to April 5, 2009, an Artword Theatre Production:
Sunamabeach, a new play written and performed by Charly Chiarelli.
An irreverent look at Hamilton through the eyes of Charly Chiarelli, who grew up in the Sicilian North End. Charly comes back and finds that life is a “sunamabeach”.
Directed by Ronald Weihs, produced and designed by Judith […]

Landing a Pearl of a story: Play explores history of Robert Land, the first white settler here
February 11, 2009 Gary Smith, The Hamilton Spectator
Ronald Weihs and Judith Sandiford are neither rascals nor numskulls. Head honchos of Artword Theatre, now working out of The Pearl Company on Steven Street, they strike me as rather gentle, cultured folk.
Their fascination […] 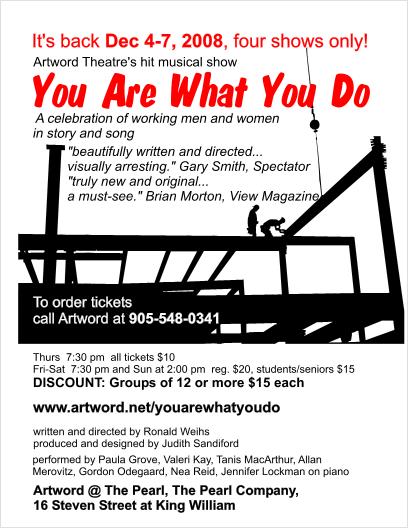 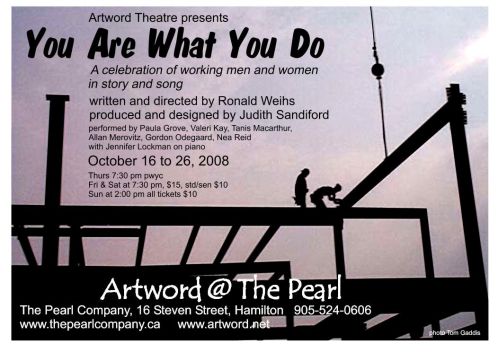 October 16 to 26, 2008, Artword Theatre presents  You Are What You Do, an original Canadian musical written and directed by Ronald Weihs, is a celebration of working men and women in story and song. The show launches the Artword @ The Pearl theatre season. The play, first performed in 1994, is a theatrical collage of stories gathered from men […]