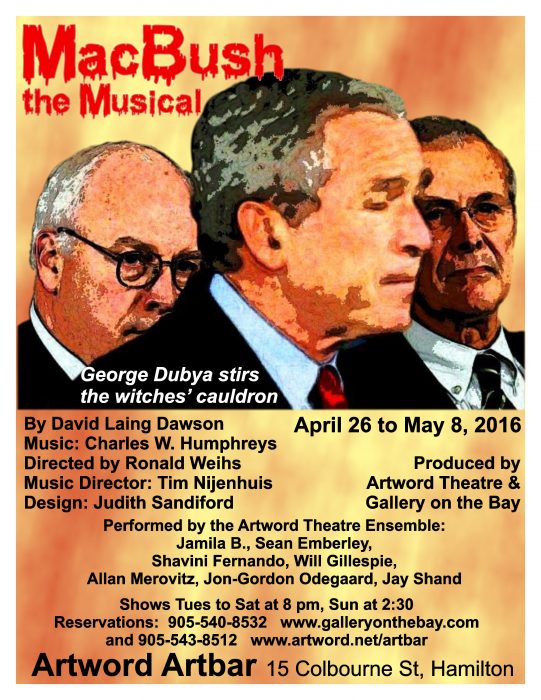 Tuesday April 26 to Sunday May 8, 2016, a two-week run at Artword Artbar. MacBush, the Musical, by David L. Dawson and directed by Ronald Weihs, is a new musical play that is — yes, you guessed it — a mash-up of Shakespeare’s Macbeth and the George ‘Dubya’ Bush administration during 2001/9/11 and the War on Iraq.

G. Dubya and his sidekicks Dickie, Rummy, Condi and Coley sing jaunty show tunes while they plan tactics of ‘shock and awe’. Songs sung by a soldier and an Iraqi woman reveal other viewpoints. With guest appearances by ‘Saddam Hussein’ and ‘Osama Bin Laden’ and ‘Ahmadinejad’ as witches, who have some chilling prophecies about our now current world crisis.